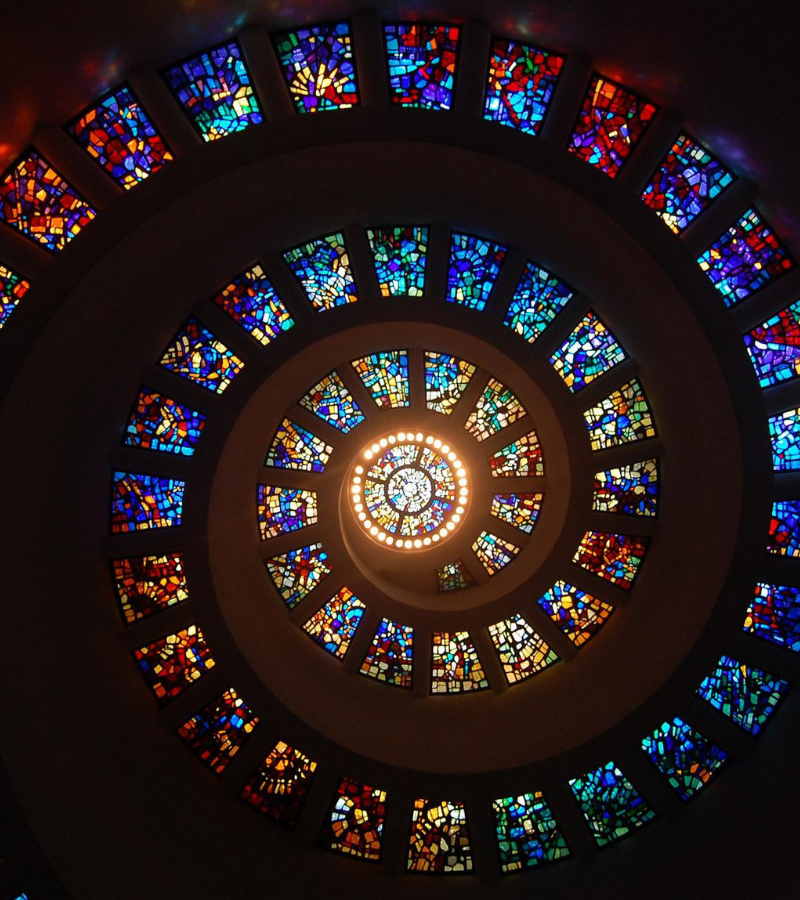 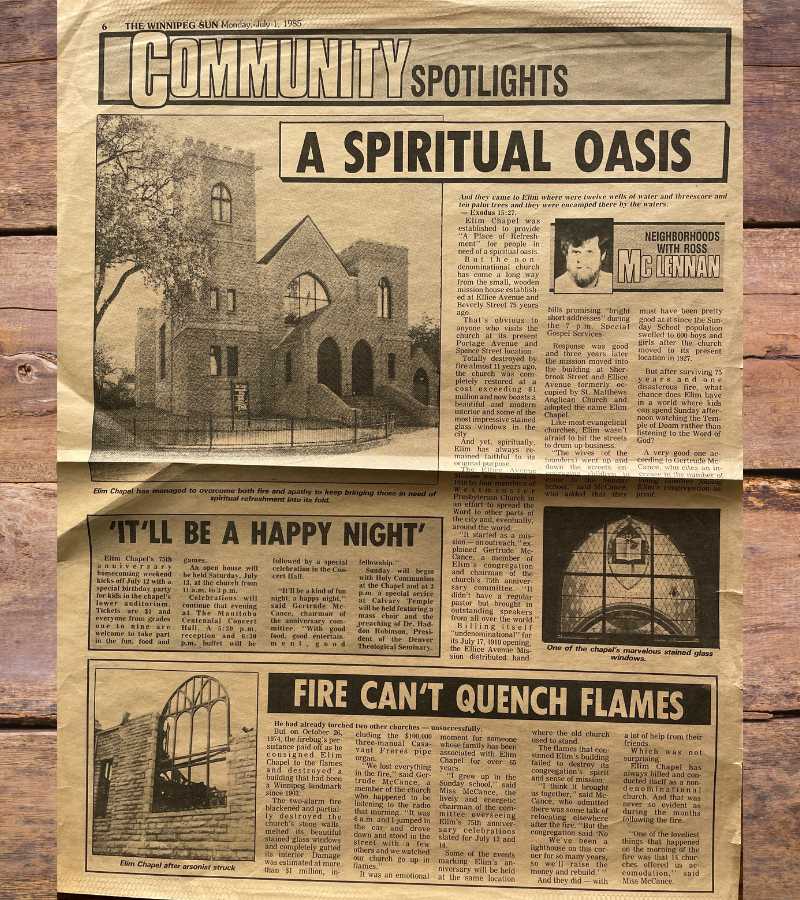 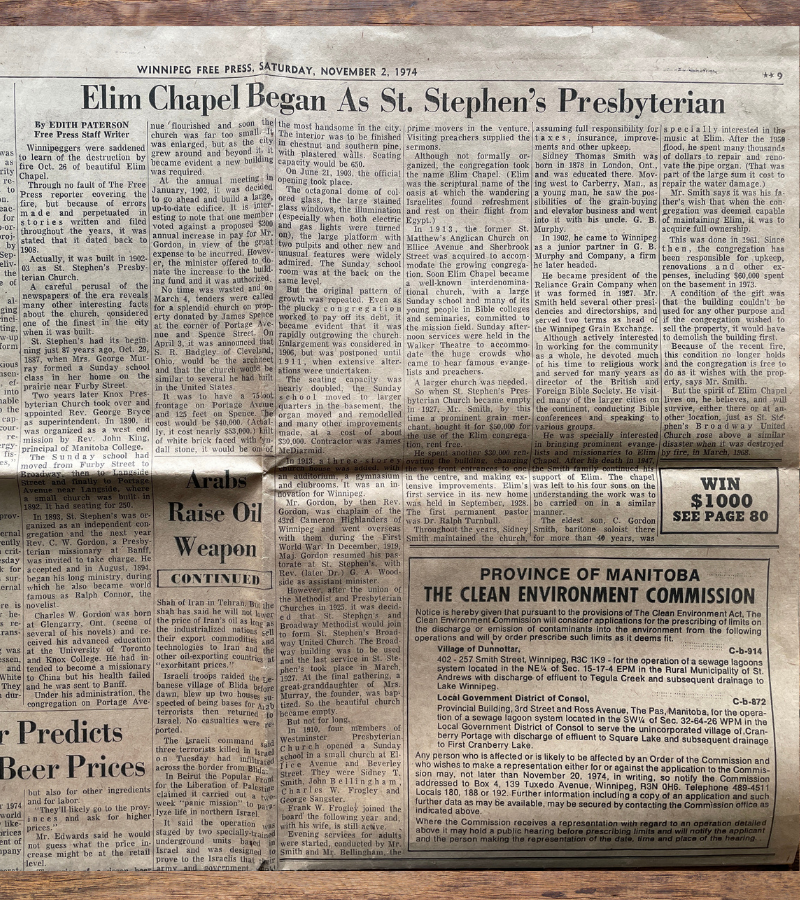 ONCE UPON A TIME…

In 1910, Elim Chapel opened its doors on Ellice Avenue, and was named Ellice Avenue Mission.  In 1913, it took on the name Elim Chapel.  The word Elim in Hebrew (Ex. 15:27) is used to describe an oasis of rest, refreshment and / or with palm trees, and the term stands for God’s bountiful provision.

Shortly after its beginning, Elim Chapel defined itself as a non-denominational Bible-believing church.

In 1927, Sidney Smith purchased our current building at 546 Portage Ave.  In the 1930’s and 1940’s, Elim Chapel became a prominent ministry in Winnipeg, which attracted some great theological minds and notable pastors who came to Elim for summer preaching sabbaticals.

In 1974, a fire burned down the sanctuary, which was then rebuilt in 1976-77.  In 1999, the back addition of Elim Chapel also was burned down.  It was rebuilt as a new addition, encompassing the Multipurpose Room, Staff Offices, and Children’s Wing.

Over the years, Elim Chapel has weathered many storms, and both physical and spiritual fires. It has been proven strong through its dedication to the Scripture and to the proclamation of the message of Christ.